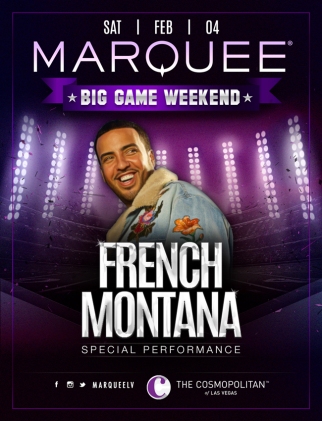 Returning soon to Las Vegas, French Montana is the first hip hop artist to lend his celebrity to raise funds for the Liberace Foundation.

Known to collaborate on lyrics which evoke Liberace, French Montana is the second artist who has had a Las Vegas residency to contribute to the Liberace Foundation for the Performing and Creative Arts (R&B artist Ceelo Green also did so).  It’s an appropriate tradition, since Liberace held the first residency in Las Vegas back in 1955, at the Riviera Hotel.

But perhaps French Montana ushers in a new era with an auction of an actual studio session with him.  As his sessions often involve collaborations with other headliners, the winning bidder will likely live an unforgettable moment in history – all to benefit the Liberace legacy of supporting new artists.

With the bids tumbling in, French Montana has set the standard for others in Hip Hop to challenge.

Hip Hop and other genres have certainly venerated Liberace in lyrics, as an original, high flying king of bling.  As others appear to already be considering a challenge of French Montana’s fundraising benchmark, we at the Liberace Foundation thank this groundbreaking artist for his generousity in this history-making contribution.

French Montana returns on February 4, 2017 to Las Vegas, for a special performance at Marquis Nightclub at the Cosmopolitan.