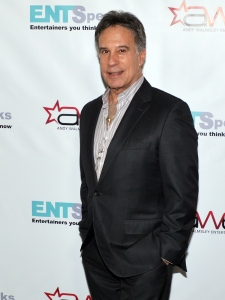 Many years after Liberace created the first Residency show in Las Vegas at the Riviera Hotel, street dance choreographer Jeff Kutash burst onto the scene with Splash. It became the longest continuously running show on the Las Vegas Strip. He replicated Splash in Reno, and in Osaka, Japan for years, but it’s native home was the Riv. When the hotel met its demolition fate in 2015, officials asked Kutash to do the honors. It was a bittersweet day when Jeff pushed the handle to implode the Riviera.

Jeff Kutash interviewed Liberace.  He taught disco to John Travolta, and the moonwalk to Michael Jackson.  He choreographed James Brown, Otis Redding, Jackie Wilson,  Muhammad Ali, Bette Midler, Cher and more. He was Live Show Attraction Director for Elvis Presley, Dick Clark, Frank Sinatra, Dean Martin, Sammy Davis Jr. and Tom Jones. Now, one of the Country’s most influential choreographer-producers has focused his unstoppable energy on revealing to the world the influence of our greatest showman.

“I had the privilege of interviewing Liberace on my “KICKS” TV Show in ’79 to promote his first Disco record – he nailed it. Today Liberace is relevant as ever, being praised as a trailblazer by Pop and Hip Hop music stars internationally.  The original King of Bling said it best – “too much of a good thing is WONDERFUL!“
– Jeff Kutash 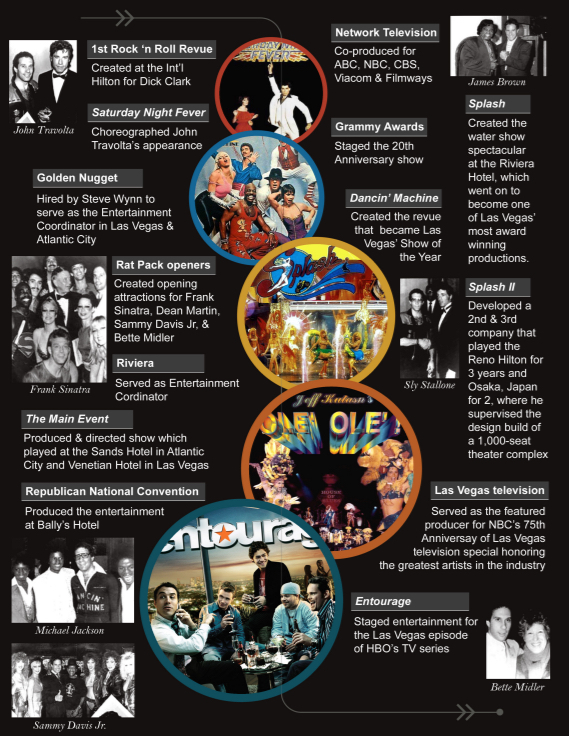 When you’re from Las Vegas, you know to hang on to your hat when Jeff Kutash takes the stage.
– Jonathan Warren