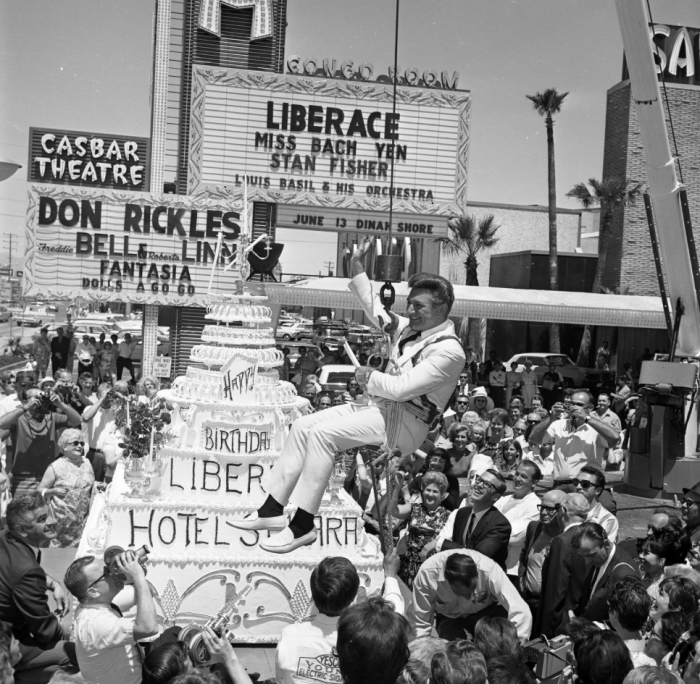 A generous superstar during his lifetime, Liberace lived larger than life.  Favorite among his personal achievements was the establishment of his Foundation in 1978. Thirty years after his passing, the Liberace Foundation for the Performing and Creative Arts continues to protect his name, likeness, copyrights, trademarks and image strictly for use to benefit the fostering of the performing and creative arts.  A devout group of friends and supporters, old and new, see to the protection and funding of this lasting treasure, left by Liberace himself for his supporters to continue.

Over $6 million has been given by the Foundation to over 2700 students at over 100 universities, continuing to this day, by the Liberace Foundation.  It has virtually no debt and no overhead.

Since his death, Liberace has been viewed on youtube over 20 million times.  He is named in the lyrics of more and more songs each year, hundreds-across all genres, as the godfather of modern show business, the original king of bling who took extravagant living to levels unseen since King Ludwig of Bavaria or King Louis XIV of France, while never taking any of it too seriously.  Liberace’s name is in nearly 300 films since his passing.  No other artist enjoys such frequency of iconic reference.

Supporters donate hundreds to tour his collections.  Billionaires donate space to house his treasures, simply for the caché. Speculators and fans buy and restore his houses. Many seek to license his name, while the Foundation’s volunteer lawyers continually stop the likewise unprecedented numbers of others trying to steal it.  His music and showmanship are the study of the latest wave of geniuses from Julliard to Guildhall. Along the way, Liberace is garnering more press than at any time since he walked among us.

And this week, his jewels become the centerpieces of an unprecedented cultural exhibit at the Paris Museum of Modern Art, in France.